Farmers’ protest near the residence of Punjab Chief Minister Bhagwant Mann in Sangrur district over various demands, including compensation for crop damage due to rains and pest attack, entered the 12th day on Thursday.

The protesters under the banner of Bharti Kisan Union (Ekta Ugrahan) threatened to intensify their agitation if the AAP government did not accept their demands.

Farmers staged an indefinite protest on October 9 near Patiala Road for various demands, including compensation for crop damage due to rains and pest attacks, Rs 200 per quintal for stubble management, compensation for land acquisition, compensation to dairy farmers whose cattle died due to lumpy skin and MSP for crops like maize, mung and basmati.

“We have started breaking through one side of the road leading to the chief minister’s residence,” said BKU (Ekta Ugrahan) general secretary Sukhdev Singh Kokrikallan.

If the AAP government continues its lax attitude” towards these demands, then the other side of the road will also be blocked, he warned.

As part of their protest, the farmers parked their tractor-carts on the three kilometer long road.

The protesters carried rations, mattresses, cooking gas cylinders, fans and other essentials as they said they were ready to pressure the chief minister for a long time to accept their demands.

(Only the title and image of this report may have been edited by Business Standard staff; the rest of the content was automatically generated from a syndicated source.) 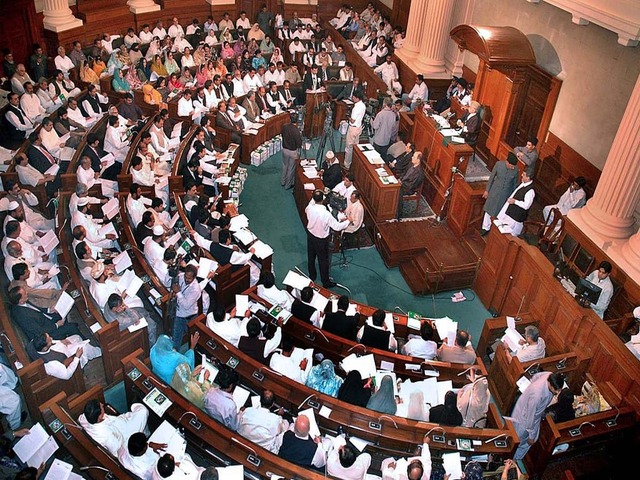